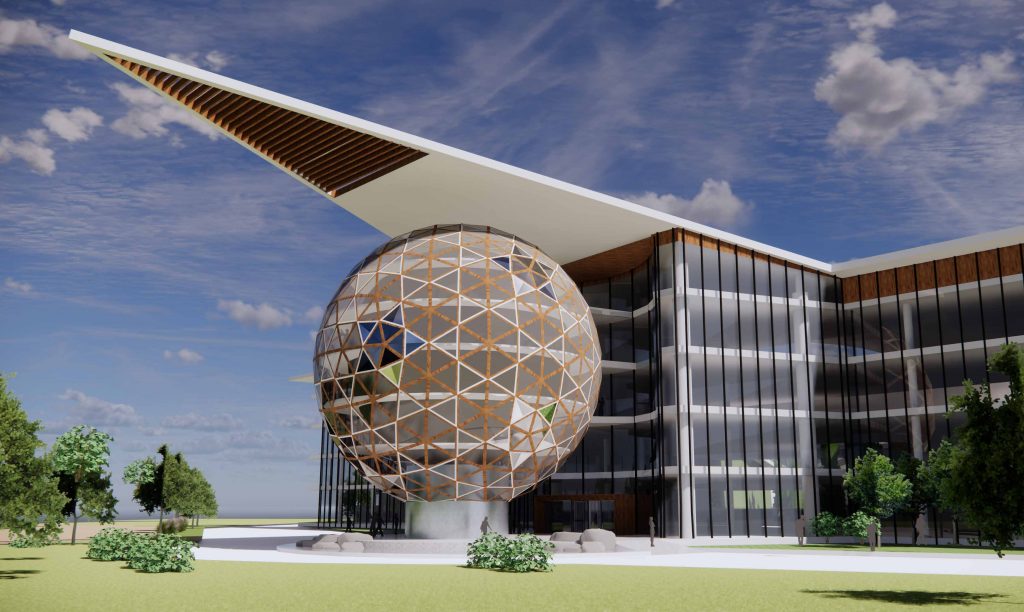 Texas has a strong reputation as a global energy powerhouse, leading all U.S. states in natural gas, oil and wind production. Fort Worth is no exception, serving as the center of the Barnett Shale drilling boom in the mid to late 2000s.

Joseph Horn, who practices law in Fort Worth, wants the city to be known for another reason: hosting the first environmental museum and innovation center in the U.S.

The central goal? To bring corporate leaders, environmental nonprofits and scientists together to share knowledge and prepare future generations to protect the planet, which Horn calls “our Garden of Eden.”

“We want to help create the new workbooks for the new leaders of the future, promote technology and bring it all together like a beehive,” Horn said. “Because Fort Worth is known as an oil and gas city, that’s what makes this transformative. If you put it out in California, who would care or notice?”

In consultation with an advisory board of Dallas-Fort Worth environmental experts and other community leaders, Horn has worked on the International Environmental Complex, shortened to EcoPlex, for the better part of three years in his role as board president.

His ambitious plans feature five pillars, including an incubator for environmentally friendly inventions with “commercial promise,” collaborative office space for environmental professionals to set up shop, a leadership institute for young leaders and a research center focused on “global resilience,” according to Horn.

There are too many echo chambers where environmental groups and corporations working to reduce emissions and become more sustainable don’t trade information about their projects or goals, Horn said. The EcoPlex seeks to change that dynamic and serve as an “anchor” for the trillions of dollars to be spent on meeting the United Nations’ sustainable development goals, he added.

“Wouldn’t it be neat if you had Exxon right across the hall from the Environmental Defense Fund?” Horn said. “People think of them as enemies, but they’re not really. If they come together, they may find there’s a lot of things they can do together for a common solution. That’s how we can promote each other and make everyone work better as a community, and that’s what the country needs.”

The complex would also feature a national environmental museum presenting the newest technology to make buildings more sustainable. While there’s a Climate Museum in New York, it’s not focused on ecology as a whole like the EcoPlex plans to be, according to the Fort Worth Report.

Ideas for exhibits include the inner workings of a power generator and a model house featuring smart home technology, as well as displays explaining the challenges posed by climate change and global warming.

“It’s not just a regular museum where you go there and you see static information and say, ‘Oh gee, all these displays that say we’re gonna die tomorrow,’” Horn said. “What we want to do is make this a living laboratory where we will showcase the solutions that are out there.”

Horn’s team has been working with a shoestring budget to bring EcoPlex’s plans to life. No one, including Horn, is taking a salary from the project. Alongside an intern, Horn hosts meetings and makes phone calls out of donated office space in downtown Fort Worth. Architectural designs for the complex were also drawn up for free.

Support among Fort Worth leaders has been strong, but the nonprofit behind EcoPlex needs significant financial and logistical support for the center to become a reality in North Texas, according to John Maloney, a Dallas public relations professional who has offered consulting services to the project.

The roadmap for success includes large donations from philanthropists, an economic study proving that the EcoPlex can be selfsustaining and political support from local and state officials, according to Maloney, who serves on the Fort Worth Botanic Garden’s board of trustees.

“You need the city to get behind it, and not just, ‘Oh, that’d be great, we’d love to have it.’ You need the city to really endorse it,” Maloney said. “Is it possible? Absolutely. Is it probable? I think if a pandemic had not happened, it would be considerably more probable. I think everybody’s gun shy right now, and good ideas have a short shelf life.”

Fort Worth might seem like an unlikely site for an environmental center, but TCU professor and EcoPlex advisory board member Becky Johnson thinks the city’s efforts to become more sustainable are underrated.

Horn also points to Fort Worth’s location in the center of the country as an asset in hosting conferences and leadership summits. Farrington Field would be the ideal site for the EcoPlex due to its proximity to the zoo, the Botanical Research Institute of Texas and Fort Worth’s cultural and entertainment districts, Horn said. Nothing has been set in stone just yet.

After working as a staff member in the U.S. House of Representatives for 11 years in the early 2000s, Horn admits to having a “cynical side.” When it comes to the EcoPlex, though, Horn is anything but pessimistic about the potential opportunities it could provide to Texas and the U.S.

But Fort Worth donors, corporations and other nonprofit organizations need to hop on board before it’s too late, he said.

“We’re waiting for the first to step up, and a lot of folks are waiting on the side to see who’s going to champion this,” Horn said. “If Fort Worth doesn’t rise up to capture this project and support it, you can lose it because now we’re public. It doesn’t take much for someone to hang up a sign and say ‘International Environmental Complex’ somewhere else.”

Sign Up to Hear from Us about Developments and to Be a Part of Our Transformation.

Sign Up to Hear from Us about Developments and to Be a Part of Our Transformation.